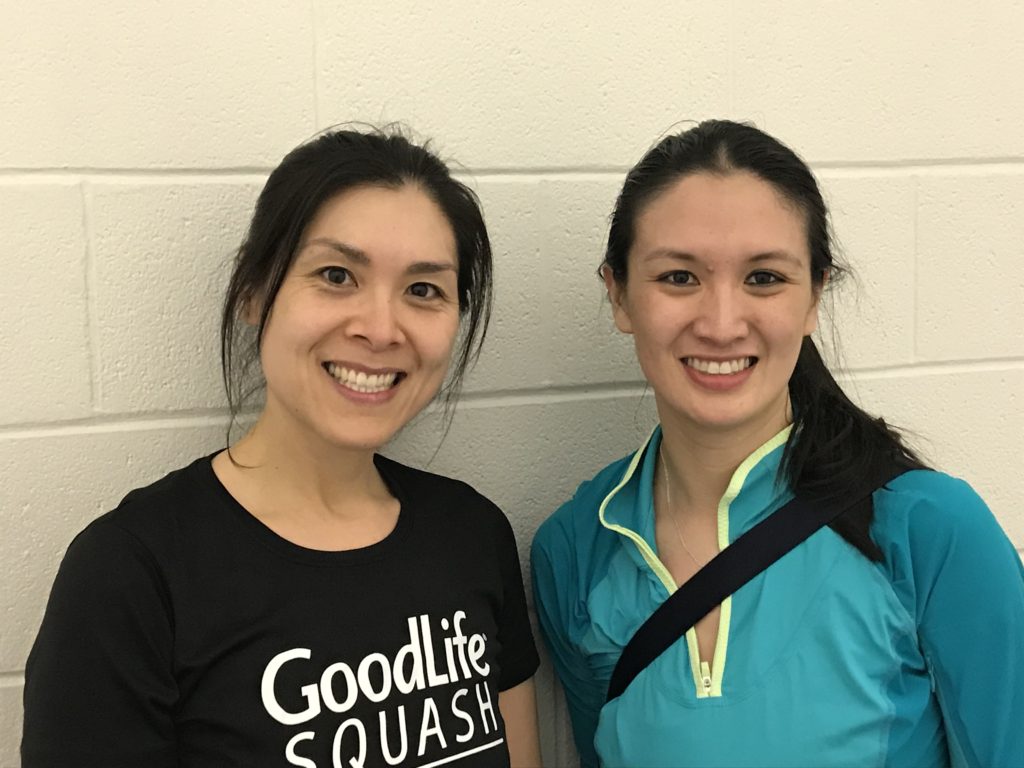 On March 3 & 4, the TDWSA ran programs that brought 75 women onto squash courts around T&D! Our thanks to host clubs Mayfair Parkway, GoodLife Dunfield, and Glendon Athletic Club who made these events possible and to sponsor Chocosol and Emily Wat (shown left next to TDWSA volunteer Vanessa Thoo) who contributed sweet chocolate prizes.

We held 2 one-day tournaments – one for A/B players and one for C/D/E players. We’ve received strong positive feedback from participants who especially liked the one-day format. Many women took this opportunity to challenge themselves and play up with some success. We look forward to seeing the winners push themselves to the next division up in future events!

On Saturday, March 3, Bryan Chin ran a fun, fabulous tournament for 18 A/B players at GoodLife Dunfield. The event was a great opportunity to sweat and socialize in good company while eating delicious food and snacks. 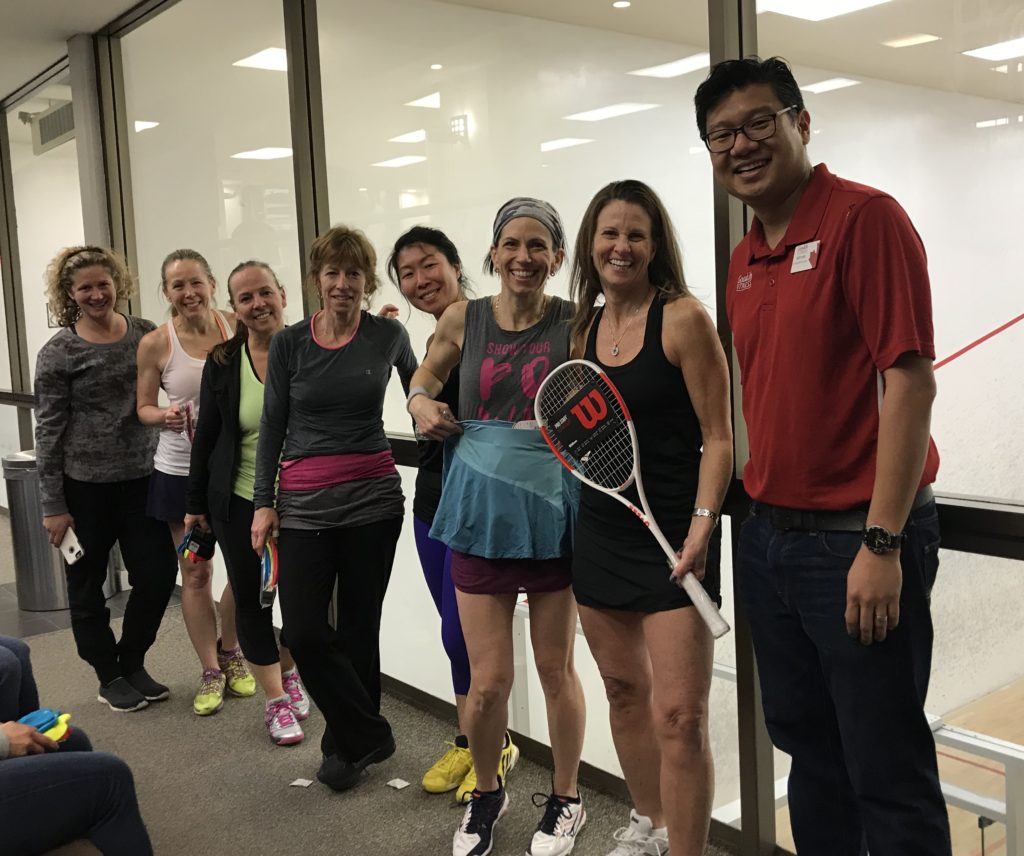 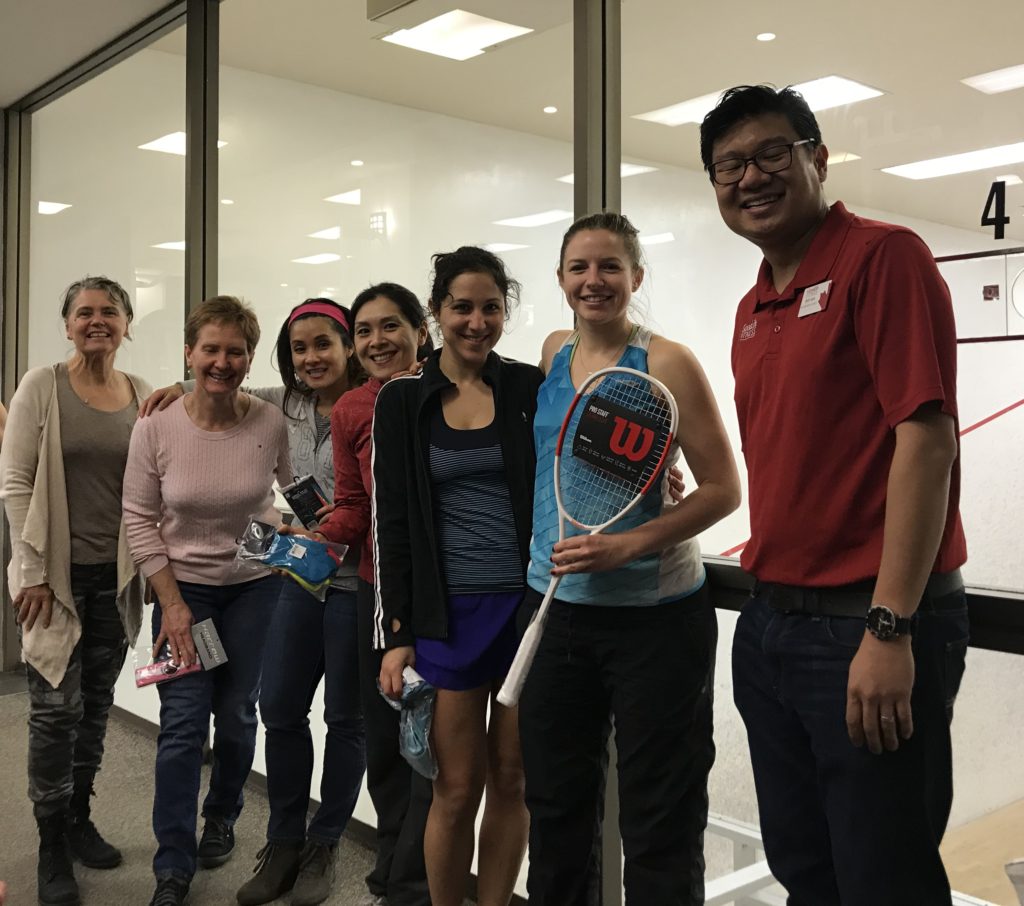 On Sunday, March 4, Aaron Rodrigues ran a busy tournament for 35 C/D/E players at Glendon Athletic Club. The event brought together experienced T&D players and players new to our league and to squash. Our E league players were well represented with Puja Ahluwalia winning the D draw and Simone Visram and Isabel Gerety placing first and second respectively in E. 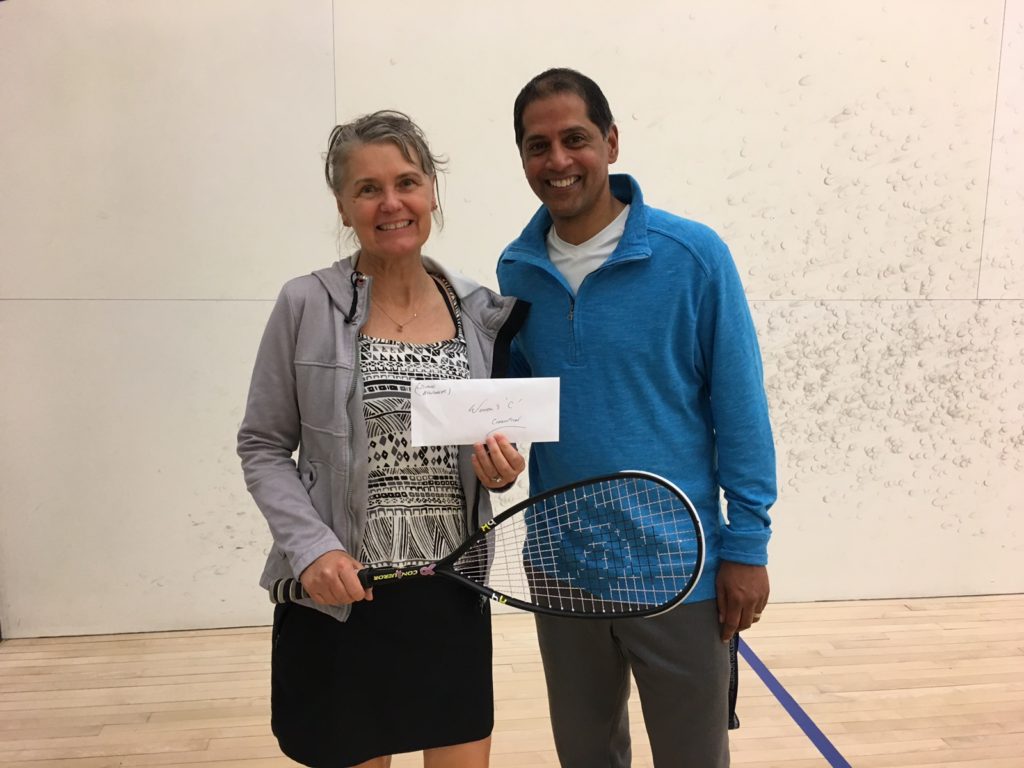 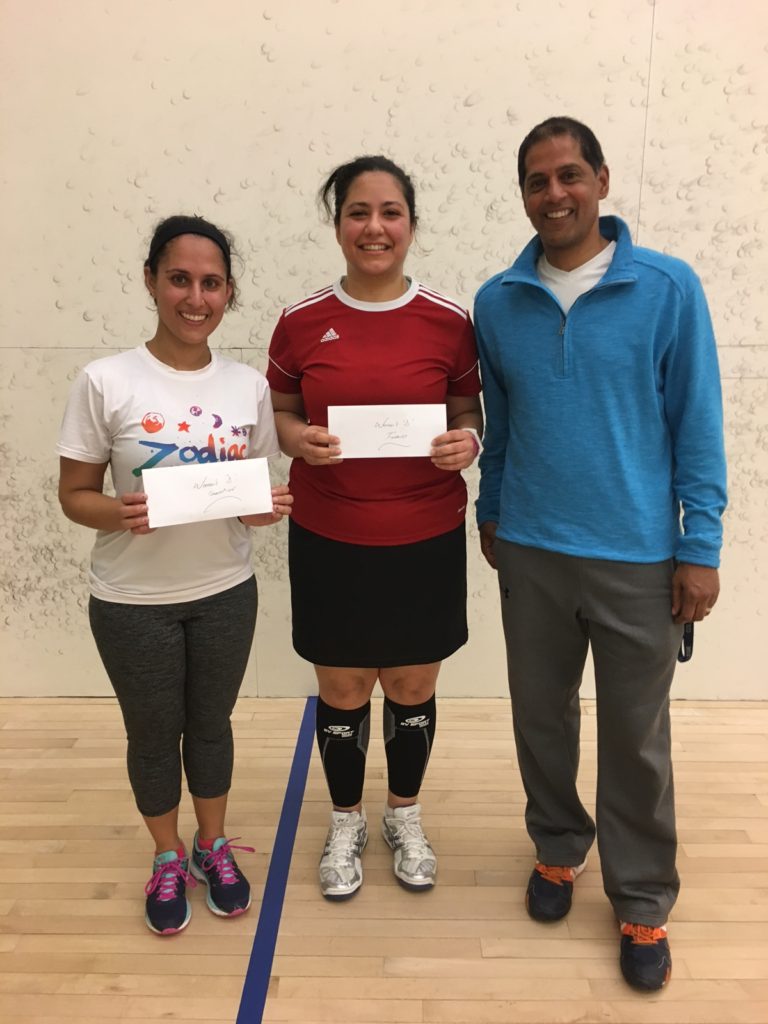 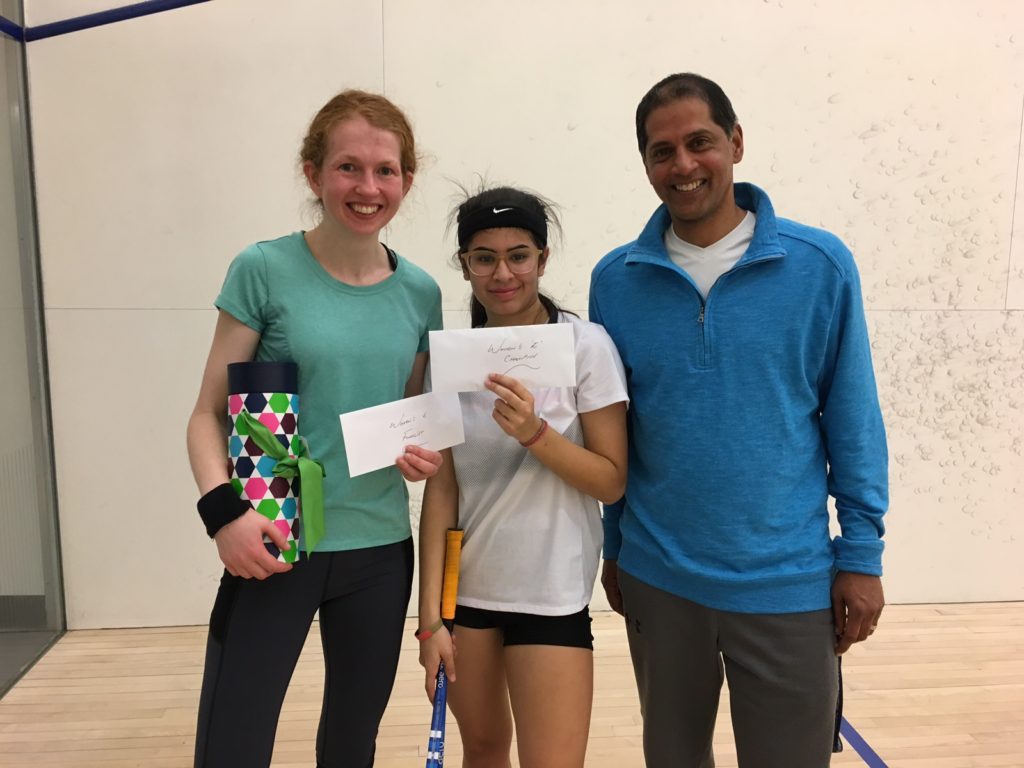 Our combined Sunday E League at Parkway drew 20 participants and featured a special visit from Canada’s top female squash player – Sam Cornett. Sam got on court with our volunteers and beginners, ran us ragged, gave us pointers, and offered an inspiring glimpse at professional level women’s squash. For beginner Stephanie, this was a real treat as this was only her second time on court! E league player Anisha Rehmtulla’s husband had been at TAC watching Sam play in the Goodfellows Tournament earlier in the day. Anisha was pretty pumped that she got to experience being on court with Canada’s #1 rather than watching on the other side of the glass! 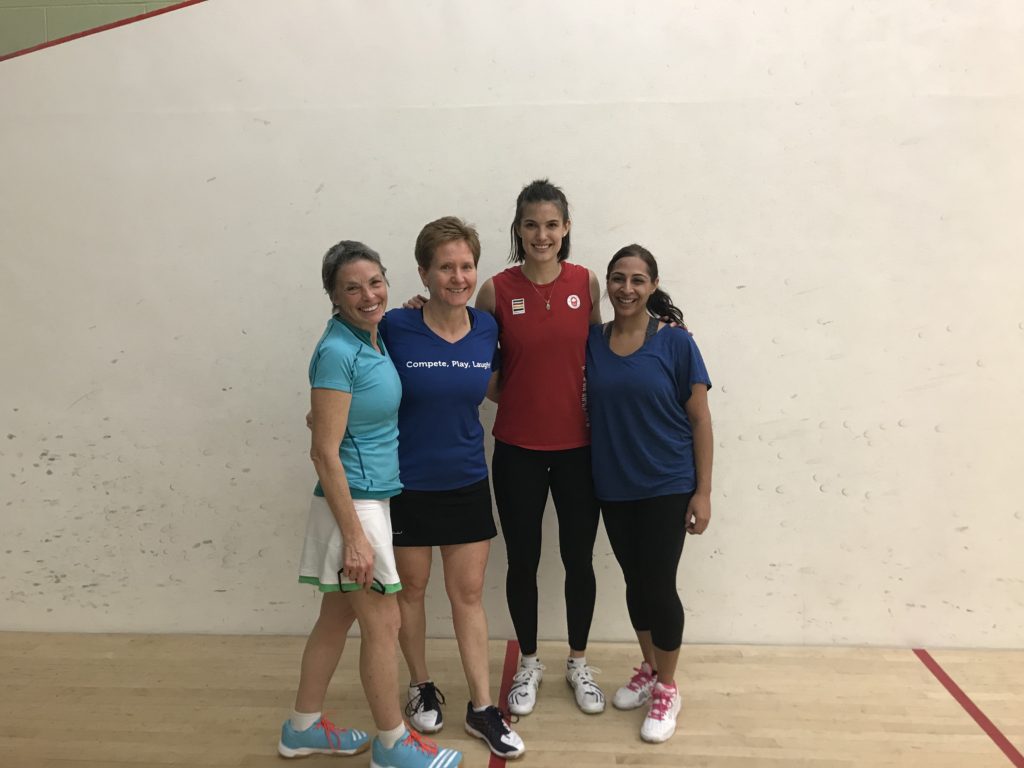 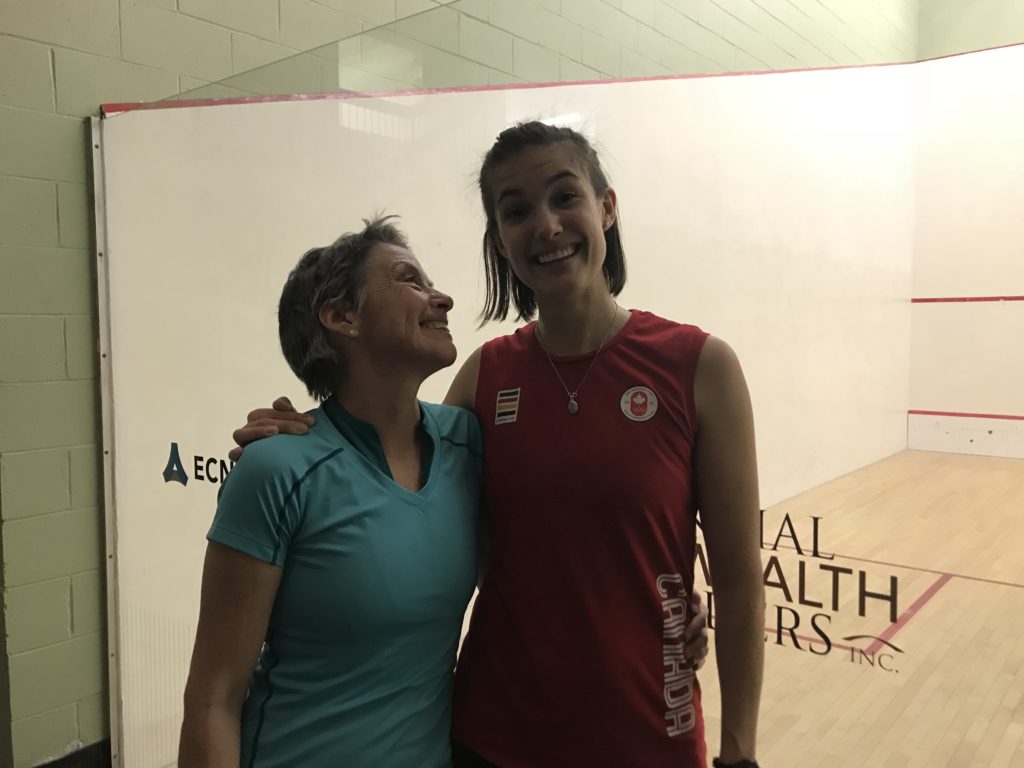 We all look up to Sam Cornett! In Wendy’s case…literally!